A community event dedicated to helping families, farmers and ranchers, and the animals they love and depend upon be prepared for emergencies. And, connecting First Responders with the resources they need to provide safe and humane services when animals are involved. Ranch Readiness Day 2017 featured a whole day of inspiring internationally-known speakers, local heroes with real life stories, and informative demonstrations. 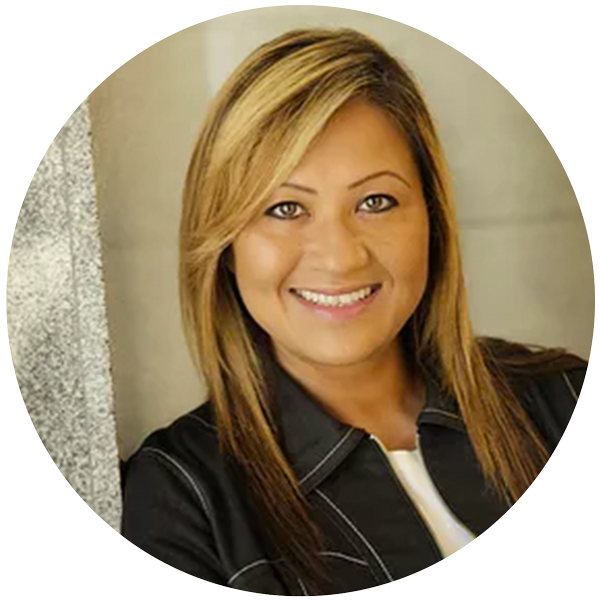 Suzanne is a certified, award-winning and internationally-recognized crisis management consultant, speaker and author, who has helped governments, communities and companies plan for and respond to disasters for over twenty years. She was recently named 2016’s ‘Continuity & Resilience Consultant of the Year – North America’ by the Business Continuity Institute (BCI), and had the honor of being a guest speaker at The White House during FEMA’s 2016 Individual & Community Preparedness Awards.
Become a Vendor 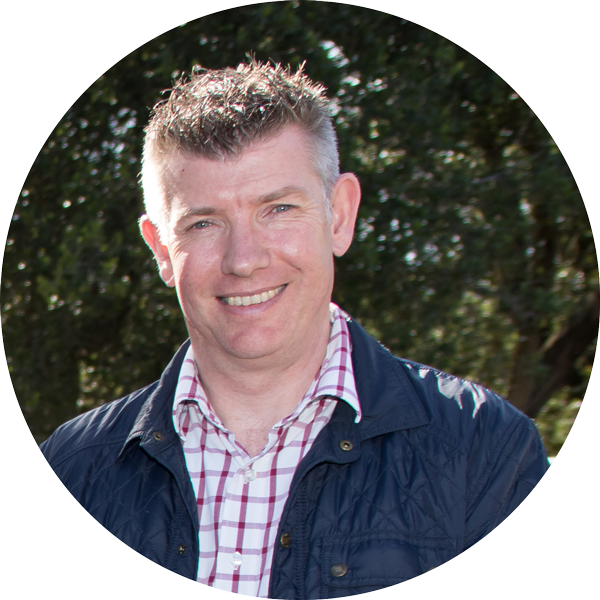 Since 2004 Jim has been at the forefront of response to animal rescues in the UK. He has led the implementation of animal rescue methodology, training, and equipment that is now standard throughout the UK Fire and Rescue Service. The improvement of animal rescue skills was driven from the ground up by like-minded operational firefighters and veterinarians.

He has been keynote speaker at conferences in the UK, USA, Turkey and Australia, and was rescue advisor to the Veterinary Services Team at the London 2012 Olympic Games. Jim is currently in the United States, developing animal rescue and disaster response capacity, working with the UC Davis School of Veterinary Medicine Center for Equine Health, and the International Animal Welfare Training Institute (IAWATI).
Become a Vendor 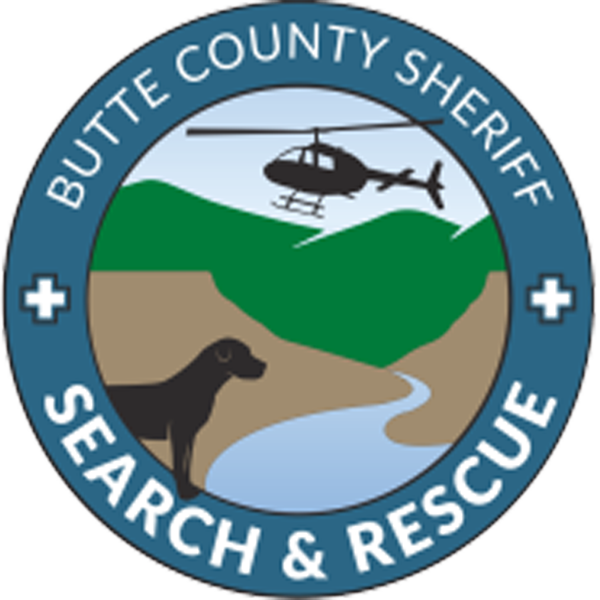 Things To Do and See

SUPPORT SoCo FUNDS FOR ANIMALS IN EMERGENCIES AND DISASTERS

Learn or refresh your CPR skills 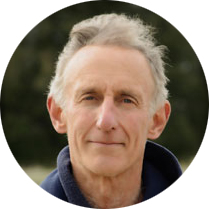 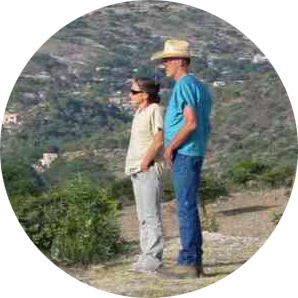 Dr. Eric Davis is board-certified in veterinary surgery and internal medicine. He is an experienced large animal clinician, having served on the staff of the veterinary schools at Iowa State University, Purdue University, and the University of Tennessee. After founding Rural Area Veterinary Services (RAVS), he directed this program for the Humane Society of the United States for 10 years. During this time, he was deployed to Louisiana during hurricanes Katrina and Rita in 2005, and to Sri Lanka following the 2004 Tsunami. He provided leadership and patient care by organizing emergency animal sheltering. Dr. Davis is director of Rural Veterinary Experience Teaching and Service (R-VETS), volunteering in underserved communities of the western United States, Mexico and Nicaragua while mentoring veterinary students interested in rural practice.

Cindy Davis has spent years working with horses in the context of the thoroughbred farm, the teaching hospital, and the referral practice.  She has more than 12 years experience as a surgical assistant, field anesthetist, and veterinary nurse, 8 of those years at the University of California’s veterinary teaching hospital. She has taught hundreds of students the basics of equine veterinary care, including bandaging, catheter placement,  and horse handling.  She has been responsible for maintaining sedation for endoscopic and surgical procedures, training horses for treadmill tests, preparing horses for anesthesia.

RVETS has been providing care to animals in underserved areas for more than 15 years. Cindy has extensive experience as a surgical assistant, field anesthetist, and veterinary nurse, including 8 years at the University of California’s veterinary teaching hospital. She has taught hundreds of students the basics of equine veterinary care. Since she began working with the RAVS program in 2003, she has anesthetized over a three thousand horses in all sorts of field situations. Many of her patients have been completely untrained range horses on reservations, where her superior horse handling skills have proven essential in her completing these procedures safely.
Become a Vendor 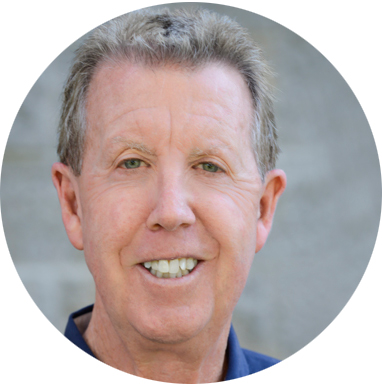 Dr. Madigan is a professor of medicine and epidemiology at UC Davis School of Veterinary Medicine and the director of the International Animal Welfare Training Institute. He is board certified in internal medicine, has authored over 250 peer reviewed scientific publications, and is the editor of two textbooks on the care of foals. He is a member of the California Animal Emergency Response Steering Committee and the American Association of Equine Practitioners Welfare Committee. Dr Madigan was instrumental in developing the UC Davis Anderson sling and the UC Davis large animal lift.

Dr Madigan founded the UC Davis Veterinary Emergency Response Team (VERT). VERT has gained national attention as a Medical Reserve Corp under the Office of the Surgeon General. Dr Madigan has personally responded to floods, fires and other disasters in California and nationally. He was the principle investigator selected for the 2010-2012 Animals in Disasters grant from CAL-EMA to train emergency responders in safe and humane animal related rescue, sheltering, and preparedness.
Become a Vendor 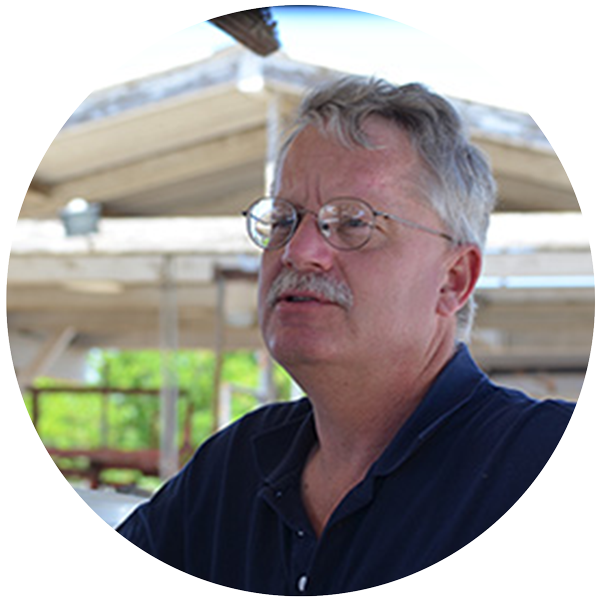 Dr. Michael Payne is a large animal veterinarian in the University of California's School of Veterinary Medicine. Holding doctorates in both veterinary medicine and comparative pathology, Dr. Payne has worked as a veterinarian in extension, academics and private practice. As volunteer firefighter in a very rural portion of northernmost Solano County, he regularly responds to vegetation & structure fires, traffic accidents and medical incidents. Merging his professional and personal interests, Dr. Payne has developed local, state and federal training programs for first responders facing emergencies involving animals. Topics have ranged from technical large animal rescue to responding to natural emergencies to catastrophic animal disease outbreaks. Every morning he and his bride of twenty years, Dr. Elizabeth Clark, clean stalls together.
Become a Vendor 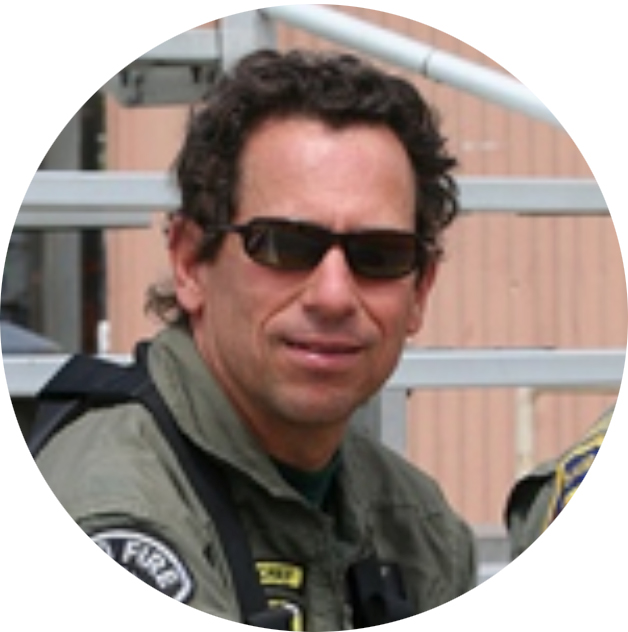 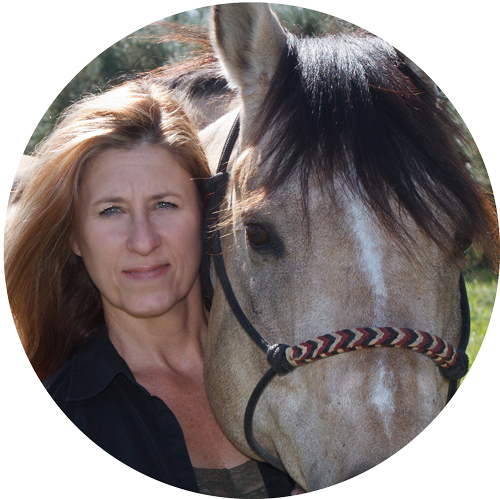 John Maretti started as a Firefighter with the City of Chico Fire Department in 1984 and served on their Technical Rescue Team and the Butte Interagency Rescue Group (BIRG) for the majority of his career.

Recently retired, John is a Technical Rescue Specialist with extensive training in rope, floodwater, swiftwater, large animal, and aviation technical rescue. When animal rescue was in its infancy, John became an American Humane Association (AHA) National Responder, and since 1999, has responded to numerous national disasters, including Hurricane Katrina. In 2002, John founded the North Valley Animal Disaster Group (NVADG) in Northern California, which Butte County has adopted as their recognized County Animal Response Team (CART). There are currently over 200 highly trained active CART volunteers capable of sheltering and evacuating animals during disasters. John has travelled to India twice to assist training locals in technical rescue techniques. 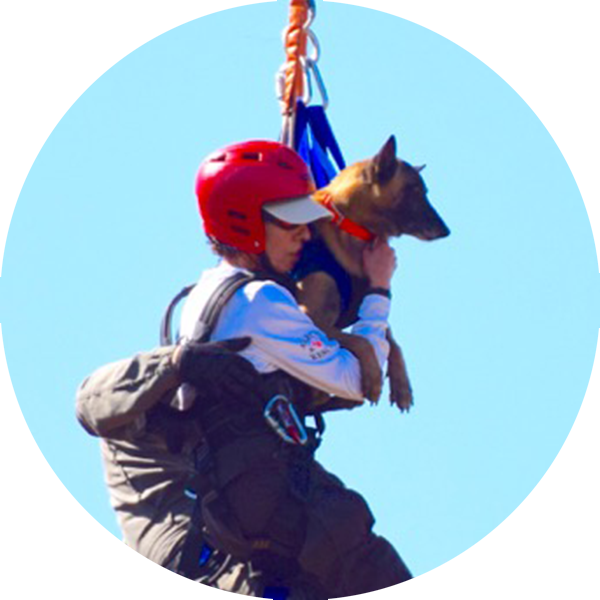 Janice is a resident of Butte County who has been a volunteer with multiple rescue groups, since 2008. She and Eris teamed up in 2016 and is now a K9 Mission-Ready Handler. Janice has been a responder to incidents locally, nationally, and globally. 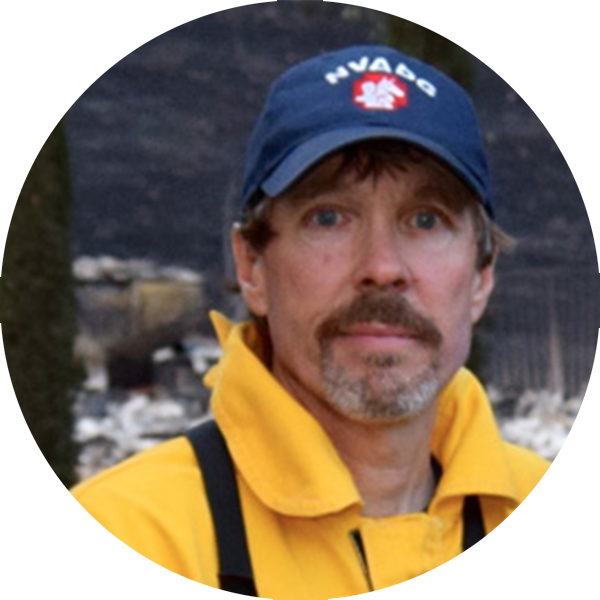 Dr. Norm Rosene is a practicing dentist who serves as the Vice President of the North Valley Animal Disaster Group (NVADG), and has participated on the NVADG Technical Rescue Team since its inception. He has taught technical rescue internationally as a contracted instructor for the International Fund for Animal Welfare (IFAW), training animal rescue workers in India, Indonesia, and the Philippines. Dr. Rosene has responded to wildland fires with the NVADG team locally and regionally, and with the IFAW Animal Disaster Response Team following the 2015 earthquake in Nepal.

Dr. Rosene attended UC Davis, obtaining his B.S. in Zoology, and M.S. in Physiology. He then attended the UC San Francisco School of Dentistry where he received his D.D.S. degree. Always an active hiker, backpacker, and photographer, Dr. Rosene greatly enjoys teaching technical rescue skills so that they can be applied to both human and animal rescue during disaster response situations.
Become a Vendor 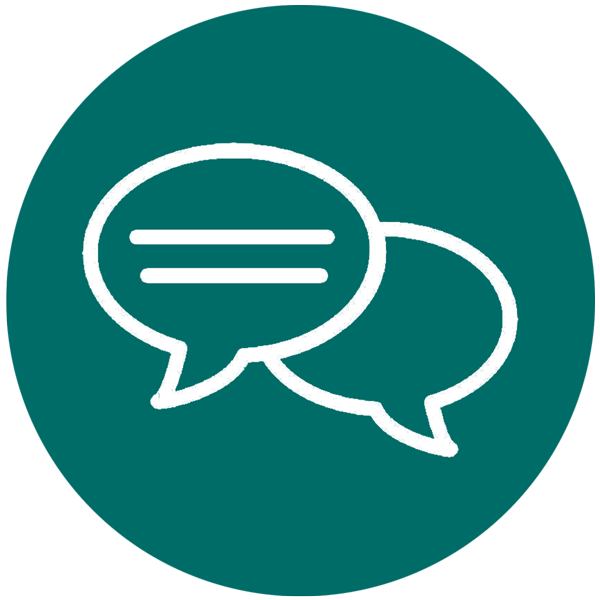 The Role of Social Media in Disasters: A Conversation with Emergency Communication Pros 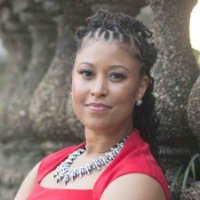 Moderator: Brandi Richards is the Public Affairs Officer for FEMA Region IX Office of the Regional Administrator. She has also worked in the Public Assistance (PA) Division, where she served as the Communication and Outreach Lead for the New PA Program Delivery Model and the Outreach and Education Coordinator for the PA program.

Brandi has 20 years of communication experience in a variety of sectors including her own businesses. She’s spent much of her free time serving as an elected officer or board appointee to the National Urban League, National Urban League Young Professionals, Leadership Dallas, and Dallas Mayor Tom Leppert’s Task Force.

Scott Alonso is Communications Manager for the County of Sonoma, Department of Health Services. Previously, Scott served as Senior Field Representative for Assemblymember Marc Levine, as a Legislative Intern for California State Assembly, and as Temporary Operations Assistant for Sierra Club Communications Department. Scott holds a degree in Political Science from University of Hawaii and a Master of Public Affairs from University of San Francisco. 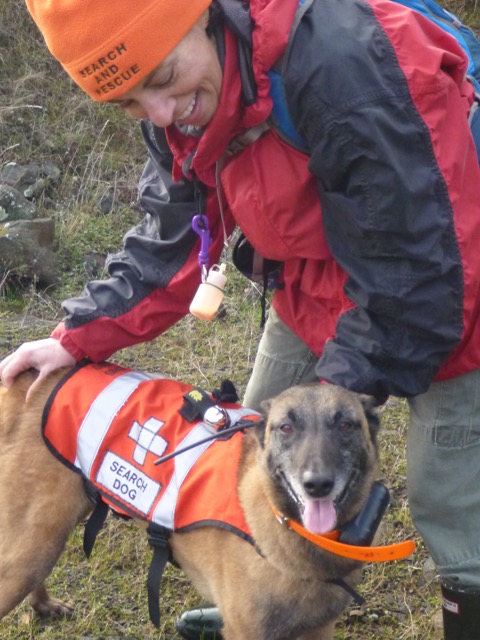 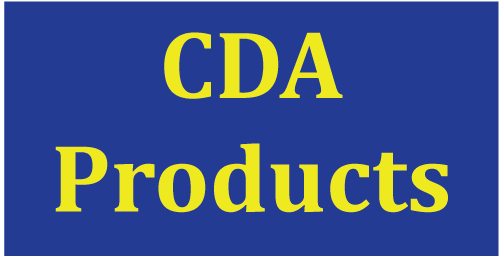 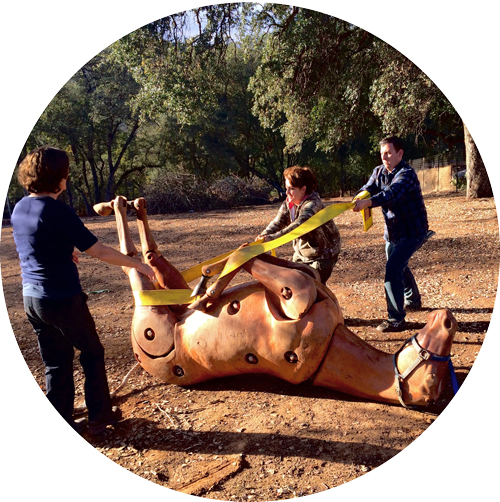 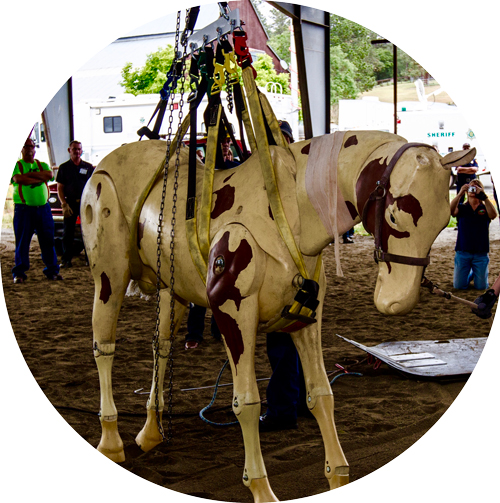 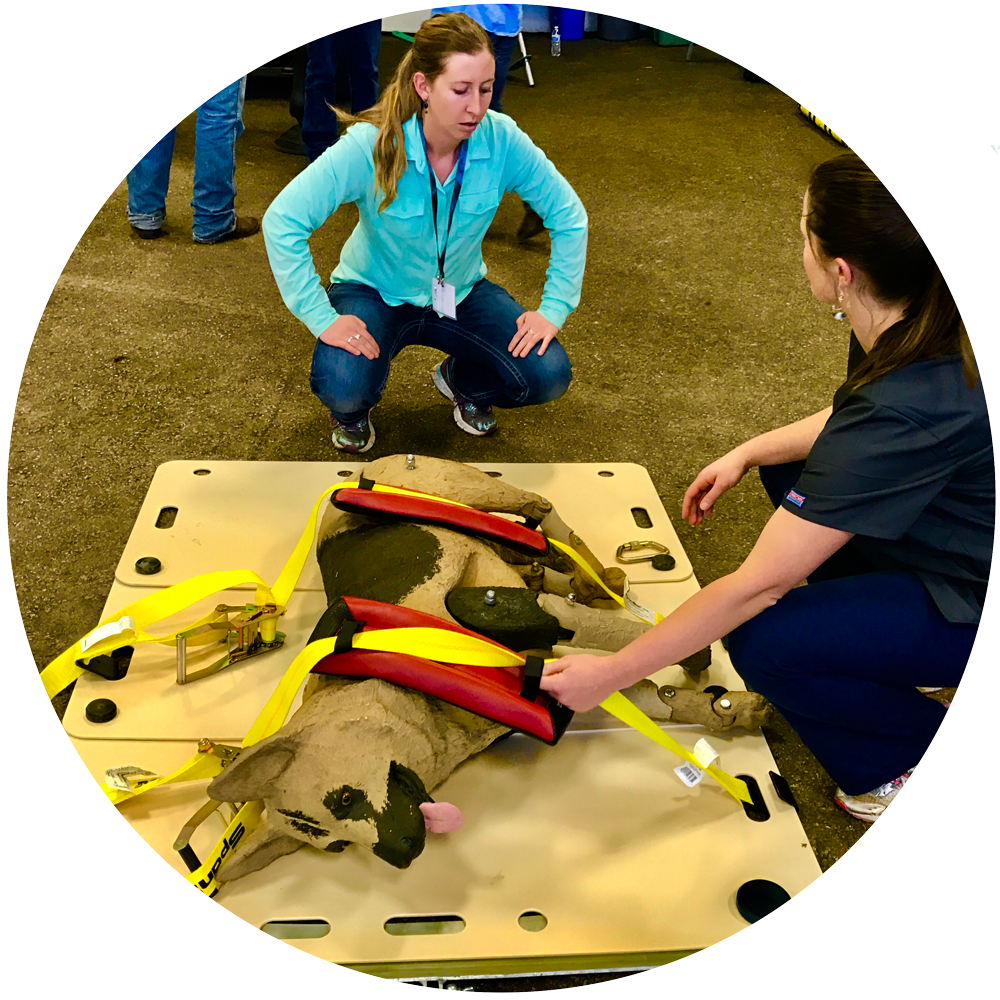 Watch as a team of local and regional resources, including the Sonoma County Sheriff Helicopter SAR Crew, come together for a demonstration of Animal Technical Rescue equipment. 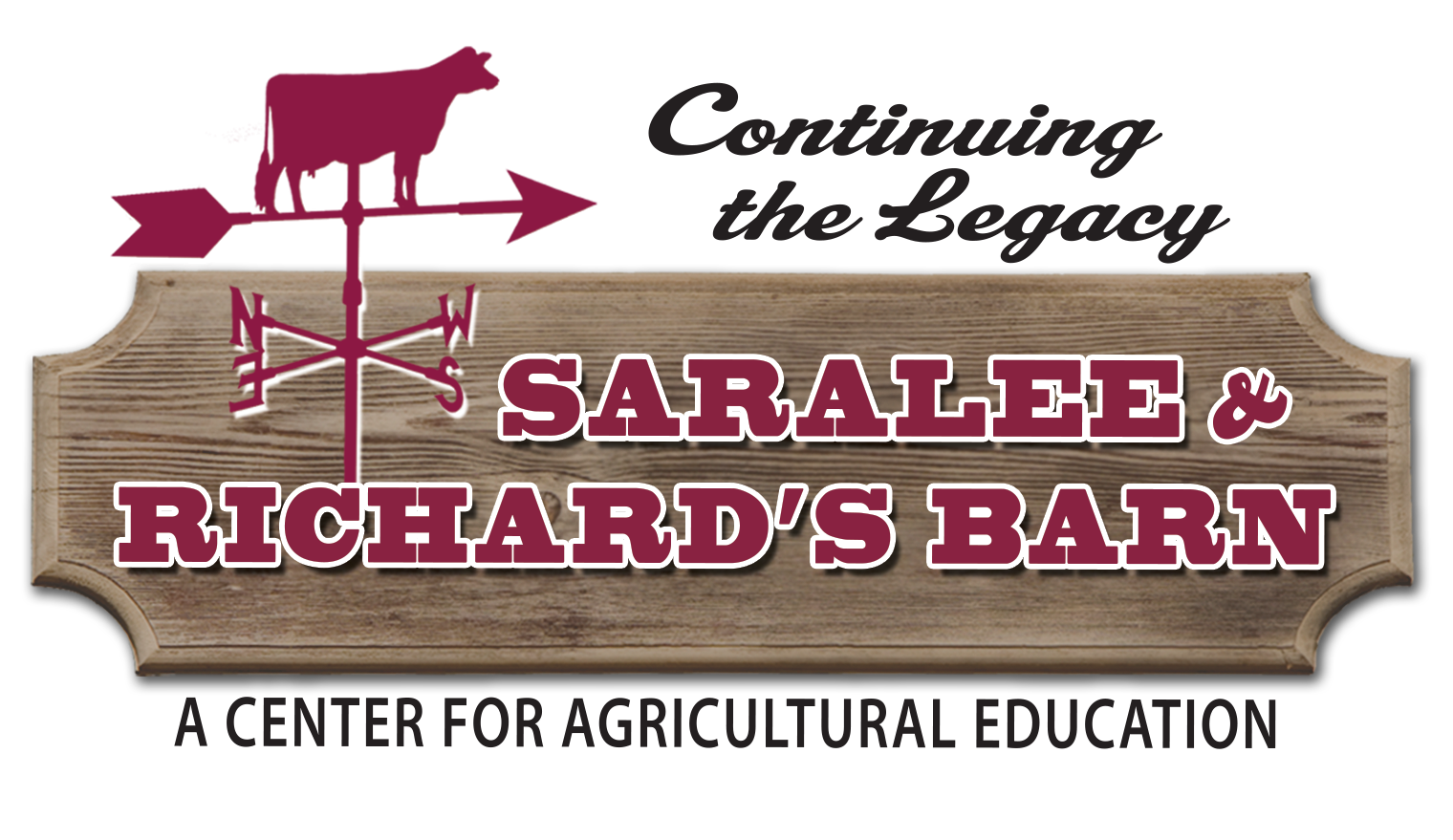 Saralee McClelland Kunde's legacy to the community is the cornestone for year-round agriculture education to showcase and promote the county's heritage and $4 billion dollar industry. It will provide lessons and first-hand farm experiences for youth and adults from all walks of life.

Saralee McClelland Kunde showed her prized cows as a youth in the 50's and 60's, and was integral to Sonoma County agriculture throughout her life. 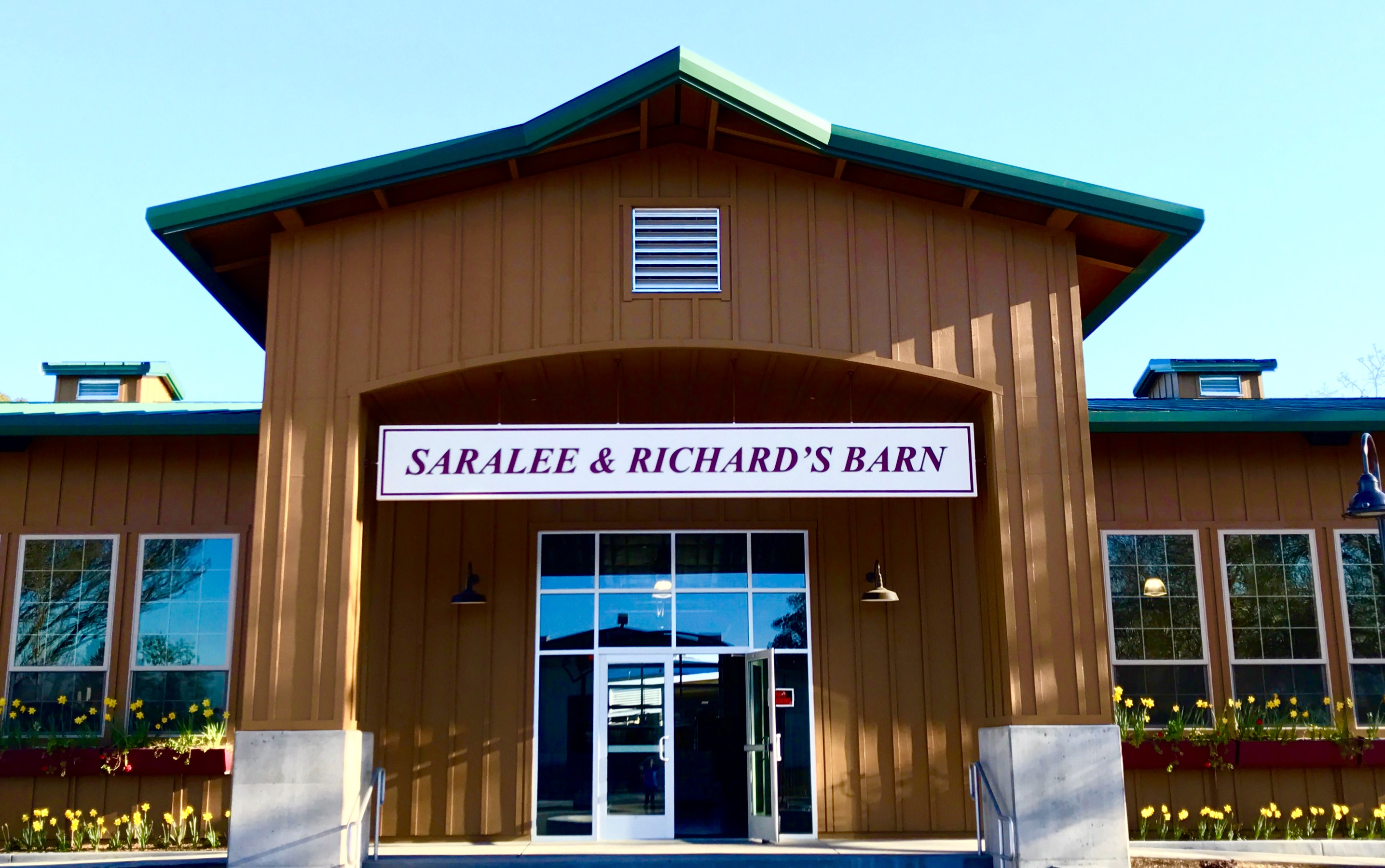 Things to Eat and Drink 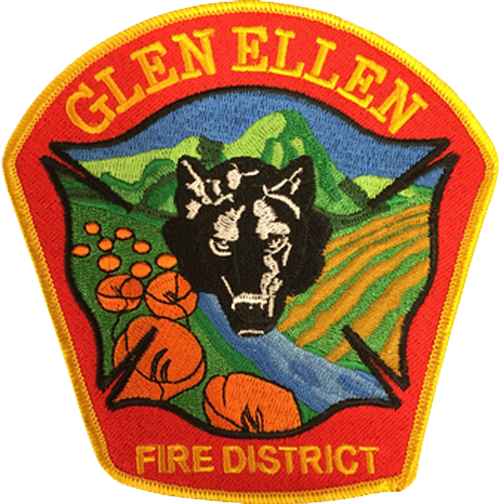 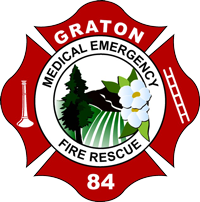 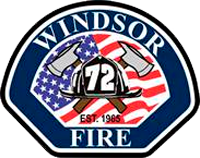 Ranch Readiness Day 2016 will be held at SRJC Shone Farm. The Santa Rosa Junior College’s Agriculture/Natural Resources Department is unique with the Shone Farm providing an outdoor educational laboratory for students. The 365 acres of diversified agricultural enterprises provide an opportunity for students to experience real-life, hands-on training relevant to their career choice. 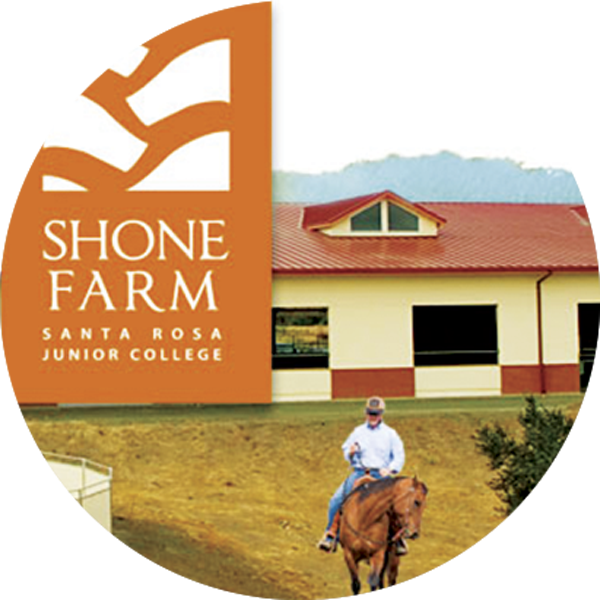